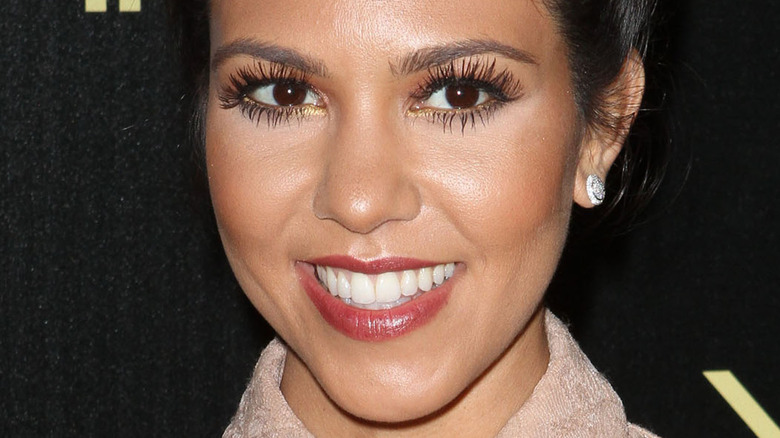 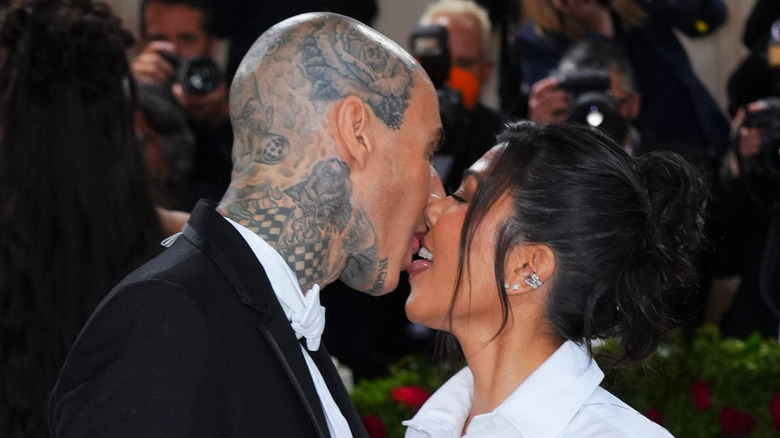 Kourtney Kardashian and Travis Barker seemingly left some important people out of their big day, such as her three children. While Barker's kids apparently didn't attend the ceremony, the love birds made a post-wedding cameo in his daughter Alabama's TikTok (via In Touch). Meanwhile, per Scott Disick's Insta Story, Kardashian's kids were with him on their mom's wedding day. The self-appointed "Lord" shared videos and photos of Mason, Penelope, and Reign Disick. "Living the dream," he captioned a pic of Reign lazing around on a sunbed.

Penelope has already made her feelings clear about Kardashian's whirlwind relationship. In episode 4 of "The Kardashians," the 9-year-old burst into tears and hung up after being surprised by her mom's engagement news during a FaceTime call. "I feel bad for P," Kardashian told her sister Kim. She admitted the kids may have felt "more included" in her new romance if they'd been invited to attend the proposal like Barker's were.

According to Us Weekly, Kardashian's grandmother MJ attended the couple's courthouse wedding, and an insider spilled that a third wedding is on the horizon to include more family and friends. While fans will have to wait for more deets on that, the newlyweds are already planning on adding to the family. The couple was filmed attending an appointment with a fertility specialist. "Travis and I want to have a baby," Kardashian announced on the Hulu show. Barker held and kissed Kardashian's hand as she lay on a gurney, undergoing fertility tests. 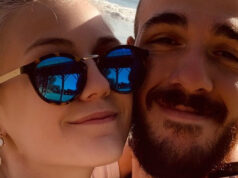 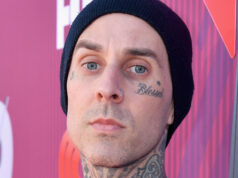 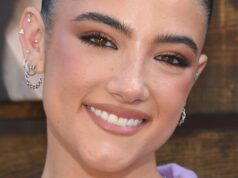