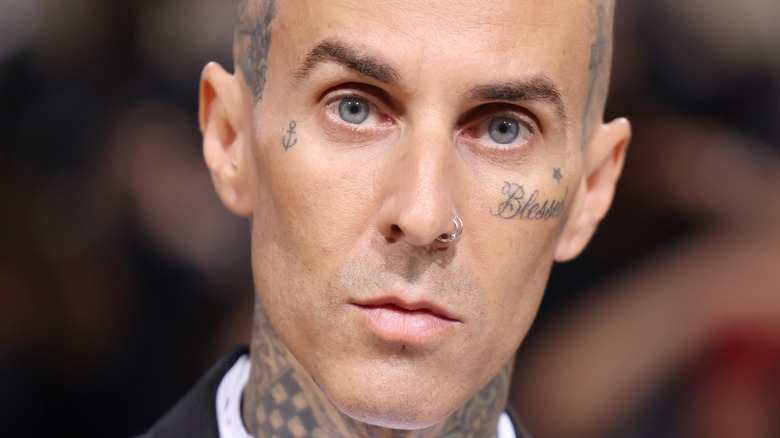 Barker is a father to three children — son Landon Barker and daughter Alabama Barker, as well as stepdaughter Atiana De La Hoya. In a recent social media post, Alabama gave fans the update they had been waiting for.

Alabama Barker thanked everyone for their support 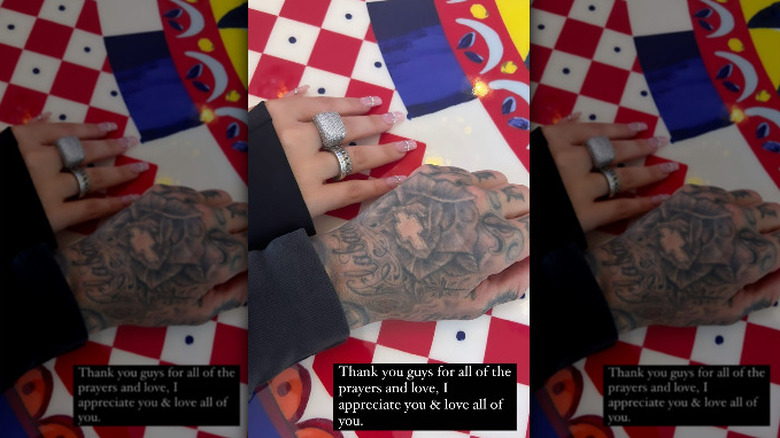 After being hospitalized unexpectedly on June 28, Travis Barker had many fans worried. His daughter, Alabama Barker, took to her Instagram Story the following day to give everyone a little update, sharing a snapshot of her hands next to her father's (pictured above). Even though neither of their faces were in the pic, Travis' completely tattooed hand made it obvious it was definitely him. With the image, Alabama wrote, "Thank you guys for all of the prayers and love, I appreciate you & love all of you." Similarly, Travis' stepdaughter Atiana De La Hoya shared her own IG Story, writing (via People), "Thank you for the outpouring of love and prayers sent our way at this time. It is heard, felt and appreciated."

A close source to Travis' wife, Kourtney Kardashian, told E! News how the couple reacted to the health scare. "He was in extreme pain yesterday, and he and Kourtney were both really worried," they said, adding, "It was to the point where he could barely walk." After staying overnight in the hospital, things are looking up, as Travis is said to be feeling a lot better. "Kourtney is trying to lift his spirits and hates seeing him in excruciating pain," the insider continued. Another source told People Kourtney "won't leave his side," noting he was previously "suffering from extreme stomach pain and could barely walk."

This traumatic news comes just over a month after Kardashian and Travis tied the knot in Portofino, Italy, per Elle. 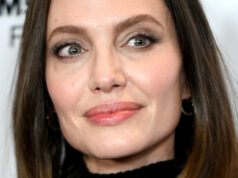 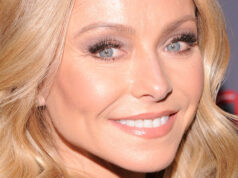 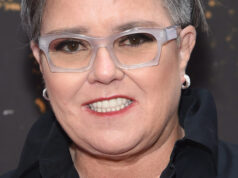