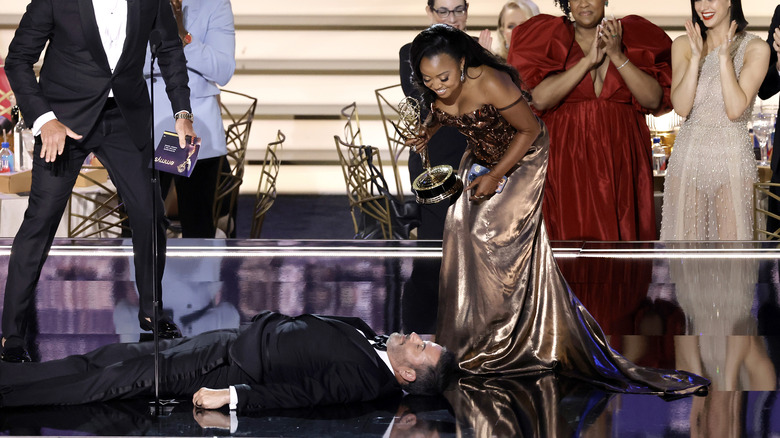 The verdict is in... and Jimmy Kimmel has fans divided over his Emmys apology to Quinta Brunson. After the late-night host apologized to the star, fans and foes took to Twitter to weigh in on whether they felt that the apology was genuine or not. Let's start with the naysayers first. "He's not sorry. He could've said sorry privately to QB," one person wrote, insisting Kimmel's apology was a media stunt since he did it on his show. "Literally WORST "apology" that was politely laughed off by Quinta. He basically said ope, I guess I should apologize for that, but it was REALLY Will Arnett's fault. Bruh," another added. One more said, "I like Kimmel, but that skit was rude."

On the flip side, a few others felt like Kimmel's apology was genuine. "Jimmy Kimmel just had Quinta Brunson on his show. Had a beautiful heartfelt apology. Admitted it was dumb. I admire for him," one wrote. "I love Jimmy Kimmel, and despite his comedy bit falling flat, I don't believe that he meant any harm," another fan tweeted, applauding Kimmel for having Brunson on his show. Another social media user said they had "extra respect for making the apology in person instead of posting a hostage video."

According to Page Six, Brunson talked to the press after her win, saying, "Tomorrow maybe I'll be mad at him," before joking she may "punch him in the face," though she wasn't sure. 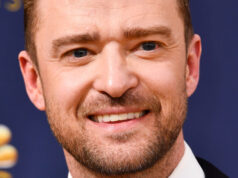 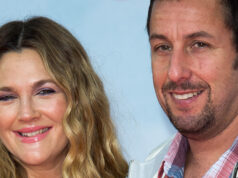 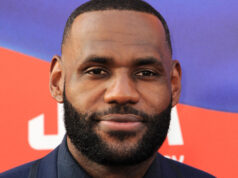