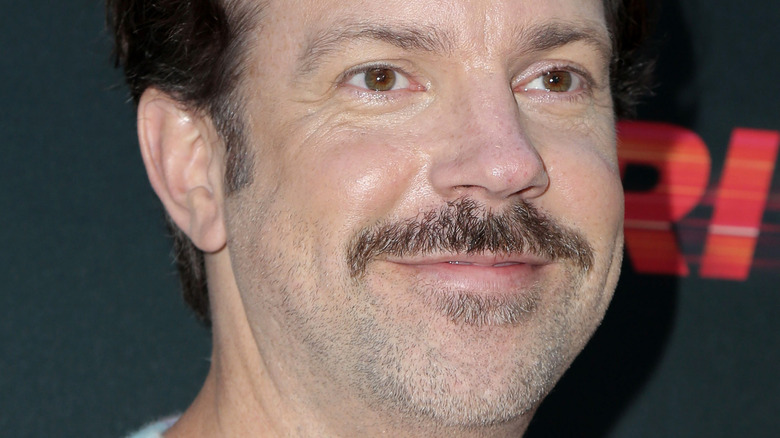 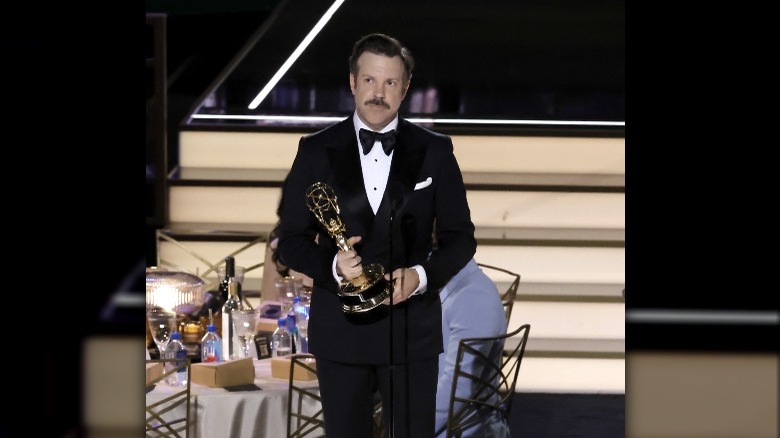 For those who might be unaware, Jason Sudeikis was once engaged to Olivia Wilde, and the couple shares two children together. Unfortunately, as is sometimes the case, the twosome split, and in what appears to be an acrimonious way. Who can forget when Wilde was served custody papers while promoting her second directorial effort, "Don't Worry Darling?" And speaking of that film, "Don't Worry Darling" has been deeply entrenched in drama almost from the start, it seems, with rumors of feuds, Wilde's relationship with Harry Styles (who also stars in the film), and an interesting beef with Shia LaBeouf.

But while Wilde is seemingly having a plethora of troubles, Sudeikis is seemingly living the high life, having just secured his second consecutive 2022 Emmy award for "Ted Lasso." Although some fans seem to be staunchly Team Jason, others appear to be more on his ex-fiancée's side, leaving some understandably conflicted. And as they do, they took to social media to express their thoughts.

"Jason Sudeikis winning an Emmy while Olivia Wilde is fighting for her life in the media is truly poetic justice," one user wrote. "How amazing would it be if Olivia Wilde had Jason Sudeikis served during his Emmy acceptance speech as revenge?" another asked. It seems like people aren't letting up on taking sides in the exes' war, though Sudeikis' new hardware might help him forgo the drama for a night. 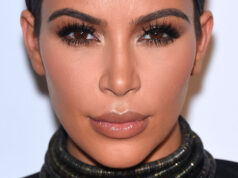 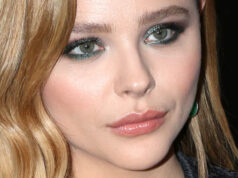 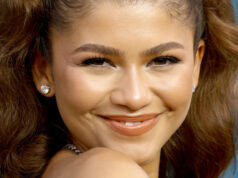